The best three years for movies

After spotting a few 25 year anniversay DVDs for great films I suddenly realised that not only am I getting old but also the greatest three years for movies ever was 1984, 1985 and 1986. I don’t think it’s just a case of misty eyed, childhood memories either. There’s a few films from that time that I didn’t get to see until much later.

I suppose a list of films to prove my point is needed: 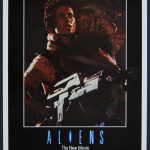 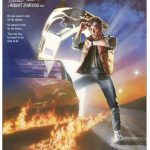 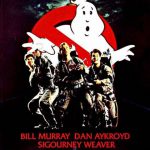 These are just the tip of the iceberg. I don’t think there’s been a greater contribution to modern movie pop culture that the films released in those three years. 25 years later we’re still seeing adverts based on the Ghostbusters theme, t-shirts with Save Ferris on and everyone still wants a DeLorean.

So, what else made those years so great? It was the high point for the ex-Saturday Night Live team of Bill Murray, Dan Ackroyd and Chevy Chase. Arguably the greatest films starring these comedians were released in those three years:

These three years brought the world the Police Academy movies, which is a good thing! And also the first installment of the Beverly Hills Cop trilogy – without which Eddie Murphy might only be remembered for The Golden Child (also released in 1986).

In 1984 the world got the first big glimpse of Tom Hanks in Splash, if only Big had been made two years earlier it would have been added to this list as the best Hanks movie to date. The Karate Kid was released in 1984 – can the new version compete? Also in this year we got to see Romancing The Stone, Gremlins and The Killing Fields.

1985 is the big year for epic movies: The Color Purple and Out Of Africa were both released this year. But what strikes me most is all the films that people still love today:

To be honest, things drop off a bit by 1986 but there are still some unexpected classics popping up: The Fly, The Name Of The Rose, Platoon, Top Gun. Not forgetting possibly the most important film release of the year (to my 10 yr old self) Tranformers: The Movie, starring Eric Idle, Judd Nelson, and Orson Welles!

So, I might have missed out a few of the more “important” movies of the time: The Muppets Take Manhattan, A Nightmare On Elm Street, Flight of the Navigator, Short Circuit etc. But I think I’ve proved that there’s never been a better three years of movies.